LISTEN AND ORDER THE ALBUM NOW!

Kobo Town brings the past to the surface on Where the Galleon Sank
Drew Gonsalves was on a boat when the idea came to him. The Kobo Town bandleader was heading out on the Gulf of Paria, a pocket of the Caribbean Sea which stretches between Trinidad and Venezuela, when he spotted the rusted wreck of an old barge beneath the surface.

"Looking down I was struck by how much of our history - like that sunken vessel - lies buried under waves, its outline barely visible in the blue shadows", the Trinidadian-Canadian songwriter observes in his liner notes to Kobo Town's long-awaited third album, Where the Galleon Sank. Gonsalves continues: "Beneath this much-traversed patch of ocean lie Spanish galleons, slaving ships, pirogues (fishing boats), oil tankers and even U-Boat submarines – all covered by that vast water which serves as both a barrier and bridge between our islands and the wider world."

The barriers and bridges built by the colonial rule that governed Trinidad have long been at the heart of Drew Gonsalves' much acclaimed writing. On "Galleon", he sets out to raise some of that hidden past to the surface. He named his band Kobo Town after the historic neighborhood in Port-of-Spain where calypso was born. Over the past decade, the Toronto-based musician has reinvigorated and reimagined calypso, infusing this Caribbean folk music with reggae, ska, and an array of contemporary sounds to create Kobo Town's driving, joyous calypso rock.

On his new release, Gonsalves continues to explore 500 years of history through his Trinidadian lens, armed with his trademark wit and gift for melody. Belizean maverick producer Ivan Duran - integral to the success of 2013's Jumbie in the Jukebox - is once again manning the console, creating a warm, percolating, richly layered sound. The making of "Galleon", recorded in Montreal, Toronto and Belize, was delayed when Gonsalves and Duran became involved in one of the biggest musical comeback stories of 2016. Along with Manu Chao, they co-wrote and produced one of their childhood musical heroes, Trinidadian legend Calypso Rose, whose new album has already gone gold in France.
As on Kobo Town's two previous outings, "Galleon" is filled with buoyant music that stimulates both body and mind; propulsive, infectious grooves are juxtaposed with incisive lyrics that expose human folly and our tendency to repeat our mistakes. Part poet, part correspondent, Gonsalves delivers compelling dispatches from events both real and imaginary. "King Sugar" recounts the end of the sugarcane export which shaped the Caribbean, reminding us that today's extraction economies may not last forever. "Karachi Burning" is a first-hand account of the fiery expressions of grief after Pakistan's prime minister Benazir Bhutto was assassinated. "Smokestacks and Steeples" is a remarkable overview of the forces that shaped much of modern mankind - ingeniously crammed into a 3-minute pop song!

Kobo Town is a vehicle for taking Gonsalves' penetrating calypso journalism to the dance floor but, on "Galleon", another, more spiritual, side of the affable front man is also on display. "Before the Day Star" sees Gonsalves deliver a moving tribute to the human spirit, and the hushed final track "As They Sleep" paints a scene of perfection, serenity and gratitude as the singer watches his children sleep. The exquisite album closer is made all the more arresting as the very last note of the record is one of ambiguity and uncertainty. As if to say, don't take anything for granted. Enjoy it all while there's still time. 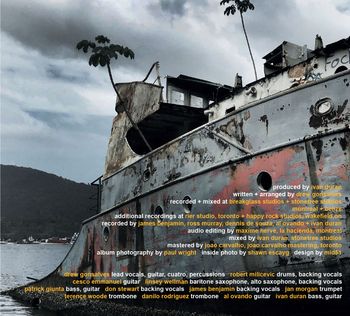 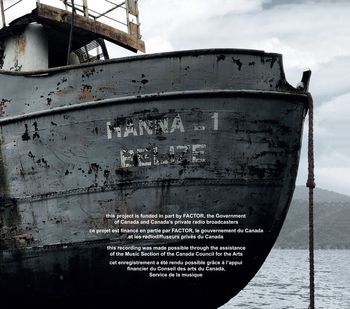 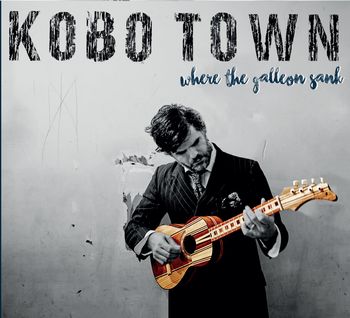 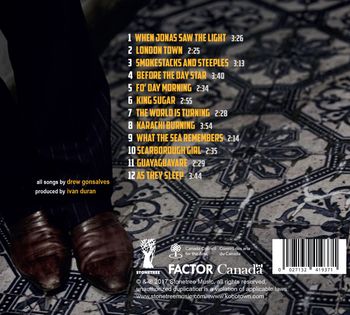 Jumbie in the jukebox

Jumbie In The Jukebox

Jumbie in the Jukebox strikes the perfect balance between tradition and innovation, with a sound that is both timely and timeless. The band’s sizzling musicianship compliments Gonsalves’ remarkable lyrics, arch observations of the best and worst aspects of human nature. “Kaiso Newscast” opens
KOBO TOWN “REDEFINES CALYPSO FOR THE NEW MILLENNIUM”

Jumbie in the Jukebox strikes the perfect balance between tradition and innovation, with a sound that is both timely and timeless. The band’s sizzling musicianship compliments Gonsalves’ remarkable lyrics, arch observations of the best and worst aspects of human nature. “Kaiso Newscast” opens the album with a tribute to calypso’s ability to deliver the news with a cynical smirk. Kaleidoscopic percussion tracks, Latin horn stabs and chattering wah wah guitars support Gonsalves’ droll delivery of the barbed lyrics. Boozy, funky horns, and a beat halfway between soca and dancehall, underpin the supernatural vision of “The Call,” a reminder that love is all that matters in this life. “Postcard Poverty” rides a mellow ska groove, augmented by chiming Congolese-style guitar lines to deride the tourists who find the impoverished lifestyles of others to be quaint and picturesque. “Mr. Monday” and “Joe the Paranoiac” are old-fashioned calypsos with a contemporary twist. The first is the portrait of a victim of a mental illness forced to recycle bottles to make ends meet, while the second is the story of a man paralyzed by his inability to deal with the stress engendered by 24-hour newscasts and constant terror alerts. “Tic Toc Goes the Clock” ends the album on an exuberant note, with a complex genre-scrambling arrangement full of unexpected stops and starts and sounds that range from Edison’s cylinders to ska, with a mind twisting lyric drawing from many sources, from Linton Kwesi Johnson to the King James Bible. “This song was included on the assumption that every album needs to finish off with a long-winded apocalyptic diatribe, peppered with muted trombones and allusions to dead English poets,” Gonsalves quips. “Ivan and I wanted this album to be a statement about our Caribbean musical heritage and its enduring relevance... and we wanted to find a new voice for our music which could draw on and depart from tradition,” he continues. “We made a conscious effort, but one that was quite natural in its own way, to make the music different, a bit more intense. This album is a small, heartfelt tribute to the spirits – both remembered and forgotten – who have gone before us, whose songs and sounds have never lost their power to enchant.”

The album was recorded between Montreal, Trinidad, Belize and the band's home base in Toronto. “The recording was like a songwriting session,” Gonsalves says. “Some things came in a flash of inspiration, some came drip by drip, with a lot of crafting and rethinking before the final result. Ivan has a lot of old equipment. Guitars with that twangy 1930s sound, horns with a monophonic quality, stuff that matched the sounds of the calypso albums of the 50s and 60s. It made me think of a jukebox haunted by a jumbie that spits forth various sounds from different eras of Trinidadian music.” 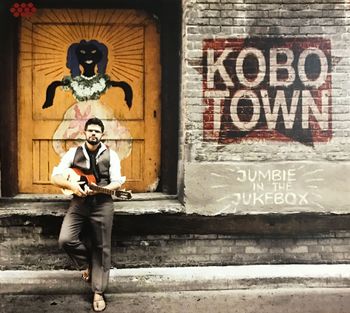 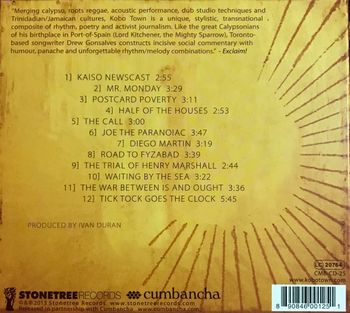 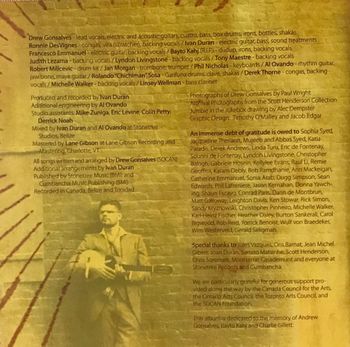 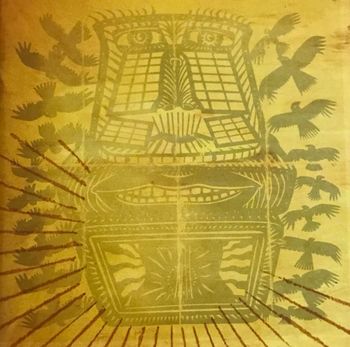